I’m excited to announce that my company, Nebbia Technology was acquired by New Signature and I am joining the company as Senior Vice President of Azure and DevOps!

You can read the full press release here: https://www.prnewswire.com/news-releases/new-signature-acquires-nebbia-technology-a-microsoft-gold-certified-partner-and-2018-finalist-for-devops-partner-of-the-year-300852709.html?tc=eml_cleartime

During the summer of 2014, I decided to start Nebbia Technology.  As I stated on my announcement blog post in October of 2014, my goal was to build an awesome Azure & ALM consulting company here in Orlando, by putting together a team of top software professionals.  It has been an amazing journey where I’ve learned a lot about myself, I’ve grown incredibly, and I’ve been really fortunate to have found and amazing team that has chosen to join me on the journey, a journey full of great experiences and continuous learning.

Along the way, I feel like I accomplished my goal of brining together an amazing team.  Every person that has been part of the team since the very beginning has helped us shaped our culture and helped define our direction.  It is so rewarding to see that the idea from 2014 is still generally the same – provide companies with the tools and processes to help them deliver value faster, and leverage Azure as the platform to deliver that value.

Now, that’s not to say that I knew exactly what I was doing and I had it all figured out when I started this.  I still remember the day before I officially started the company, walking down the street to sign my Canvs membership, and getting that “what am I doing?” pit in my stomach feeling.  And the excitement of my first contract shortly after. And when my friend Brian chose to join me as Nebbia’s first employee. And becoming a Microsoft partner. And becoming one of Redgate’s original partners.  And when Breck joined. And then Mikey.  And Chelsea, my amazing business partner and Director of Business Development (she does so much more than business development).  And then Jared, who is now a Microsoft MVP and an important part of the IoT community, and I’m always eager to hear the next joke coming from him.  Then Facundo (aka Frank) came onboard, he has grown into a really effective Cloud Solutions Architect and my right-hand when it comes to technology direction.  Then Jeff joined us, he has transformed from purely Ops to a full blown DevOps consultant.  We then had Phil and Clementino, both starting the same day! We wrapped up 2017 with Cliff coming on board.  We then started 2018 with Hannah joining us and taking over Operations and Marketing – I don’t know how we got half the things done before she joined us. Alyse joined us in the middle of 2018, our super technical Project Manager who has so much impact on the entire team. Then in August, on a single day, we had Santosh, Justin, and Ryan start.  Santosh, another Azure MVP, well known in the industry for his Cosmos expertise and who has given so much to the .NET and overall tech community.  Ryan’s test automation powers, wit and thumb-snapping abilities.  Justin’s pragmatism, thoughtfulness, and love of containers and console. At the beginning of this year, we were joined by Troy, who can literally figure anything out and go super deep in technology, and in a short time has made great impact on the team.  In March, I was very excited to welcome Chris, another outstanding addition to our team with a great combination of development, Azure, and DevOps skills, and lots of stories to share.  And Veronica, who has very quickly shown how important it is to have alignment between Agile and DevOps.

Here are some pictures of my amazing team (not everyone is pictured): 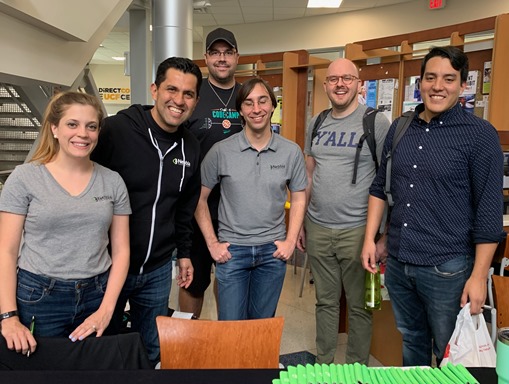 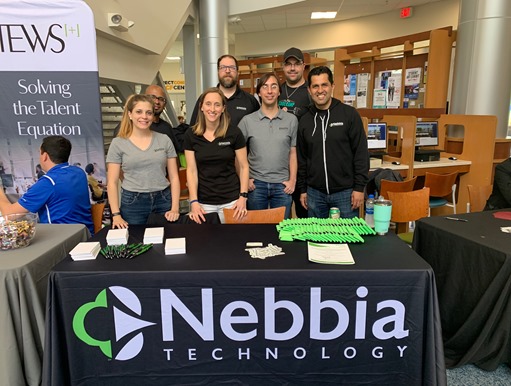 And although not everyone that I mentioned is here now, everyone had an impact, and helped created the culture that we have.  We of course, had a ton of help with Dr. Laura and her team, shaping our language, communication, listening, and providing us the tools that we use daily and help our alignment.  Having a diverse team that’s aligned on our anchors (Expertise, Impact, Community) and our values has been amazing and I’m proud to be in the same team with every one of them.

It sounds like such an amazing thing, so why change it?
Several months ago, when I started speaking with New Signature’s leadership, it became obvious to me that there was a ton of cultural alignment between the two companies, and this is a way for me to accelerate the impact that we can have by reaching to their customers and fueling my team with their resources.  This is not the end of what Nebbia was, this allows us to continue, with my same team, using our expertise to make an impact, and continue being a big part of the community.  Nebbia exists to realize your potential, and that will continue as New Signature.  You will see me and my team helping companies continue on their DevOps journey and enabling their delivery through Azure PaaS, Serverless, and containers, in a repeatable and measurable way.  Our customers and team will benefit from their capabilities, and their customers  and team will benefit from ours.  So this amazing thing will continue!

Throughout the process, I learned a lot about starting up and selling a company.  Those that know me know that this is not the first time that I was either part of a startup or started something.  This was a journey that started many years ago when that entrepreneurial “bug” got in me.  There was Yat (J2ME mobile messaging), M2E Solutions (consulting), Rkyve (product), 2 Orange Sweaters (mobile apps), and a few others along the way.  I’ve learned from each of those experiences and have attempted to make the next one go a little bit better.  Maybe in the future I can dive deeper into that.

My family has been incredibly supportive along the way and a huge part of the success that we achieved. I know that the long business trips and late nights have taken their toll on them.  As I start on this new chapter, I look forward to being there more and continuing to make amazing memories and supporting each other.

I’m excited about what the future holds and I’m ready for this new chapter!