I just installed TFS Basic on my laptop.  I’m amazed at how much better the install experience for TFS has become.  It pretty much went from non-existed in 2005, to a lot better in 2008, to super simple in 2010, and the fact that i can now install on my 64-bit laptop with SQL Express is an added bonus.  I remember spending a whole week with Marius back in TFS 2005 Beta (with multiple uninstalls) before we got it working!

I’ve done 5 or 6 TFS 2010 installs on production servers, but this was my first time installing it locally.  Some things to note:

It’s great when things just work on the first try! 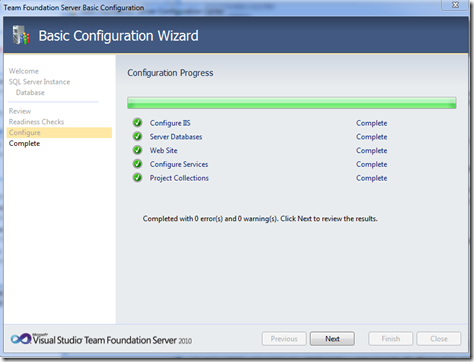 522 thoughts on “Installing TFS Basic on my laptop”