Last week, Orlando hosted TechEd 2012 – North America.  It was a great time to check out some of the products that are about to be released, talk to the product teams, component vendors, and thousands of attendees.  I was able to catch up with some old friends and meet a lot of great people.  These are some highlight of what I did last week: 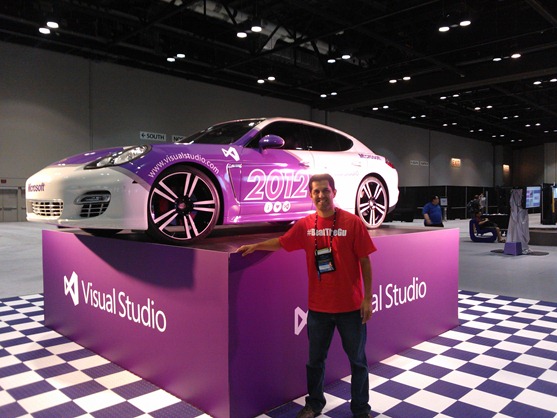 Sunday, June 10th – INETA Leadership Summit & Grape City/ComponentOne after-party
The INETA Leadership Summit took place at Orlando City Hall, which is where we have our ONETUG meetings.  It was a good chance to speak to other user group leaders and find out how they run their group and the things that they are trying to achieve.  Most of the ONETUG board and we all felt like we learned a thing or two. The after-party was filled with very good beer-induced conversation

Monday, June 11th – Speaker Idol
This year, I participated in Speaker Idol.  This is an event where 12 contestants give 5-minute presentations (3 heats of 4 people) and the finalists do one last presentation on Thursday.  The winner gets to present at a full breakout session at next year’s TechEd.  My presentation on “Zero to CI in 5 minutes” was pretty good but unfortunately it didn’t measure up against some very tough competition.  At the end, David Giard won my heat and also the entire competition, he’s a great guy and I’m really happy for him.

Tuesday, June 12th – Birds-of-a-Feather session: Development Methodologies in the Wild: Agile, Continuous Delivery, Scrum and More in the Real World
I was one of the moderators of this session, along with Alicia Large, David Starr, Phil Japikse, and Roberto Hernandez.  We had a full room (150 people) and the session was streamed live on the TechEd website.  The audience was really engaged and we had great discussion with them and a lot of great comments in Twitter.

Also, throughout the week, I helped out at other Birds of a Feather sessions, running the mic around the room so that questions can be captured for online streaming.

Tuesday Night, June 12th – ONETUG Meeting: ALM and Windows 8
With TechEd in town, we took advantage of the opportunity of having product teams in town, so we invited Brian Keller, Cameron Skinner, and Robert Green to come and show us the new features of Visual Studio 2012, TFS 2012, and Windows 8.

Wednesday Night, June 13th – AgileThought Happy Hour
My employer, AgileThought, threw a party on Wednesday night.  We had a few people from AgileThought at the conference and our leadership was meeting in Orlando for the week so it was a good opportunity to get together.  People from the Florida and Orlando dev communities were invited. Definitely a great time to network with some very good people.

Friday, June 15th – Richard Petty Driving Experience
This was not technically part of TechEd, but this is a prize that I won at TechEd.  I was walking by this really cool Porsche Panamera and took a picture of it:

Then I tweeted this: Visual Studio helps me finish work in time for happy hour ‪#luvVS12‬ http://sdrv.ms/LlZTFm

The next day, I got a Twitter message telling me that I won a prize.  It was a Richard Petty Driving Experience at the Disney track.

The whole day was awesome.  The Visual Studio team sent a car to pick me up from home.  Once I got there, I went through a quick training session and then I drove 18 laps around the track on a NASCAR car.  My top speed was 127.5 MPH.  I really think that I could’ve gone faster but the pace car was holding me back 🙂 So if this software development thing doesn’t’ work out, I know where I’m going next! 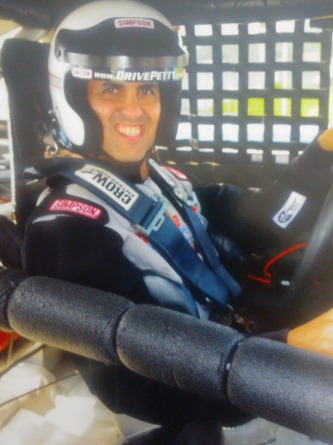 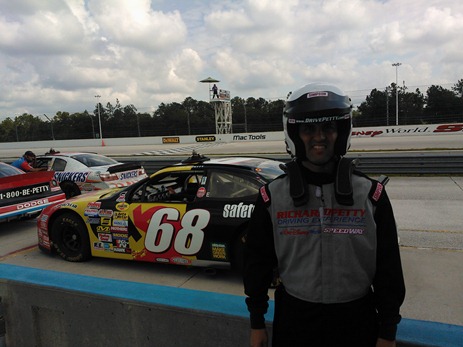 My top speeds were: 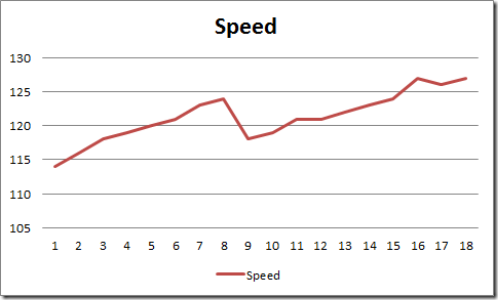