This task can run MSTest tasks without you having to make any changes.  If you need to run xUnit or nUnit tests, you have to specify the test adapter.

To get started with this new build system, check out my new Pluralsight course – TFS Build 2015: First Look!

Let me show you how to go from zero to automated xUnit test with Build vNext:

To be able to run xUnit tests from Visual Studio, you have to add xUnit.net and the Visual Studio runner to your solution, via NuGet 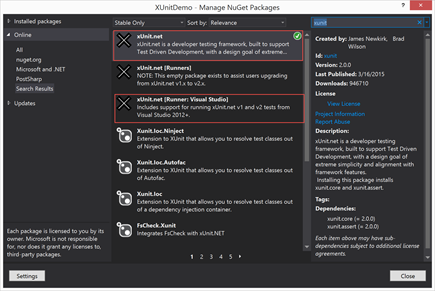 Once you add the NuGet packages, you can create xUnit test cases and run them from the test runner. 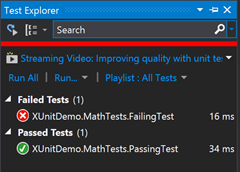 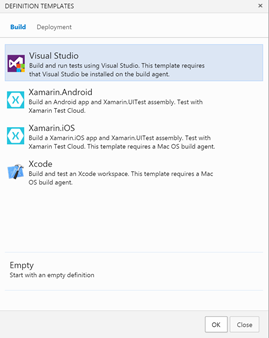 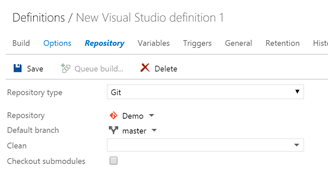 Then go to the second step on your template (Visual Studio Test):

This is where you need to specify the xUnit test adapter.  If you don’t do so, the Visual Studio Test build step will be looking for MSTest test cases.  The test adapter (xunit.runner.visualstudio.testadapter.dll) will be copied to the bin directory during the build since it is one of the files that are included with the NuGet package.  So under Advanced –> Path to Custom Test Adapter, use this value: $(Build.SourcesDirectory)\XUnitDemo\XUnitDemo\bin\Debug\

And run your build and your test cases will run as part of the build:

If you want to learn more about TFS Build vNext, take a look at my latest Pluralsight course – TFS Build 2015: First Look